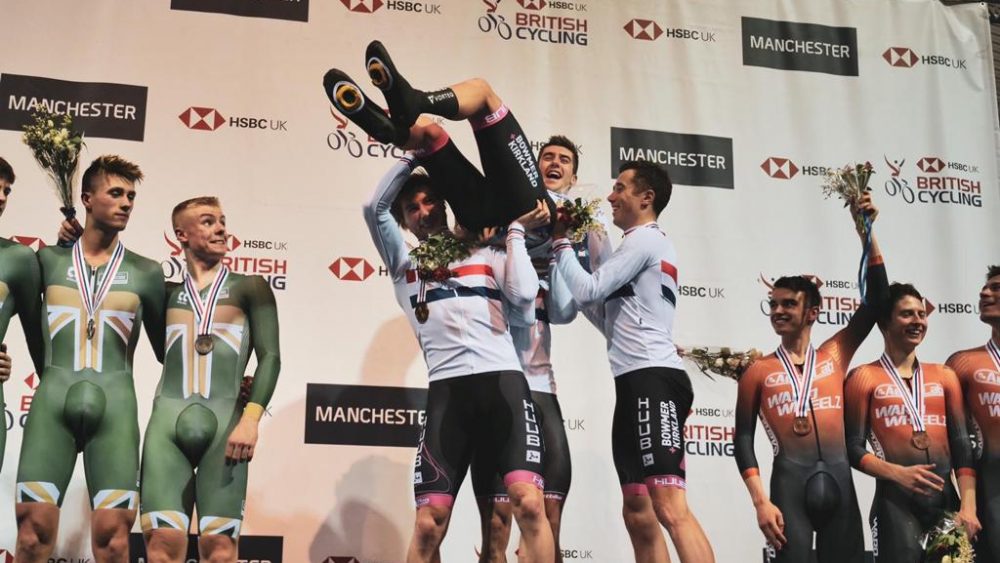 As part of an ongoing partnership between Vorteq Sports and HUUB Design, the HUUB Wattbike team took to the Manchester Velodrome to take on the best of British in the HSBC National Track Championships.

A dominating weekend saw the team bring home 3 gold, 2 silver and 3 bronze medals. The medal haul included a clean podium sweep in both the 1km Time Trial and Individual Pursuit, finishing off the weekend with a record-breaking Team Pursuit performance for the gold medal against Team Inspired.

The quartet of John Archibald, Jonny Wale, Dan Bigham and Will Perrett clocked a 3:54.043 over the 4km pursuit – the fastest any team has ever been either at the Manchester velodrome or for UK National Championships.

Vorteq’s Tokyo Edition skinsuit was worn by John Archibald and Jonny Wale, who both won two gold medals each in both individual and team events.  Will Perrett and Kyle Gordon wore the development HUUB Vorteq suit, which helped the team to team pursuit gold and set the new track record.

The partnership – part of a group known as the Fellowship of Speed – continues to innovate and push the limits of aerodynamics in pursuit of the most competitive edge possible in cycling and triathlon.